Keep Your Home Safe With CCTV Installation in Bradford

Our professional CCTV installers cover the whole of the Bradford area and can provide expert advice and unrivalled service, helping you find the ideal CCTV solution for your home or business.

At Home CCTV Services, we can provide anything from single camera installs, to multi-camera recording systems, designed to offer the best possible solution for your needs.

We can provide a free, no obligation quote for your security camera system, backed by years of glowing references and customer testimonials. If you would like a quote, please feel free to get in touch using the button below.

What Are The CCTV Laws? Expand

When CCTV cameras capture footage beyond your property boundaries, such as neighbours gardens or parts of the street, then your footage is subject to standard data protection laws. Most people think this means they can't legally film outside of their property boundaries, however, this is incorrect.

It's not illegal to film outside of your property boundaries, as long as you follow data protection laws.

Do I Need Permission To Install CCTV? Expand

In most cases you won't need prior permission to install CCTV. However there are some exceptions.

If your property is listed you may need to seek permission from your local council planning office before installation.

Another time when permission could be needed to install CCTV is if you're living in rented accommodation. It's wise to seek a landlords permission prior to installing CCTV. In most cases they'll welcome the improvement to security of their property.

Can Neighbours Point CCTV At My Home? Expand

In most cases, neighbours can direct CCTV at your property (and vice-versa) as it isn't illegal. However, it can cause a lot of distress and should be avoided unless absolutely necessary.

Do I Need A Sign If I Have CCTV? Expand

There is no legal requirement to include signage when you have CCTV on your property, no matter whether if it's residential or business. In some cases, covert cameras are desirable as they can improve security whilst minimise anti social behaviour.

Other times, where a visible deterrent is needed, signage can be used to reaffirm your use of CCTV and discourage would be thieves.

It is a breach of privacy laws to share footage of someone else without their prior consent.

This excludes the police and relevant authorities, which means, if you are the victim of a crime, your CCTV footage can be used during investigation and to help with insurance claims, for example.

What's The Best Place For CCTV Cameras Around A Home? Expand

CCTV installation depends entirely on the property type and layout of land. With this in mind, their is no set pattern for CCTV.

In most cases, the most effective CCTV systems use a combination of cameras and placement types, to offer maximum coverage and footage quality.

At Home CCTV Ltd we provide a complete, start to finish, professional CCTV installation service. Our team have years of experience providing bespoke systems throughout Bradford.

We have a team of local, Bradford based technicians, supported by our national operation, ensuring local service, with technicians always on hand should you need them.

We pride ourselves on our ongoing customer support, impartial advice, 5* service and unrivalled customer feedback.

At Home CCTV Ltd we provide free, no obligation surveys, offering you peace of mind before your installation, with no hidden extras.

We're one of the UK's largest CCTV specialists, offering dedicated service and expertise.

Our team cover the whole of the North of England, with one of the biggest technician networks.

We offer a free, no obligation survey to help you choose the perfect system for your home.

We have a dedicated customer support team to help you get the best from your CCTV. 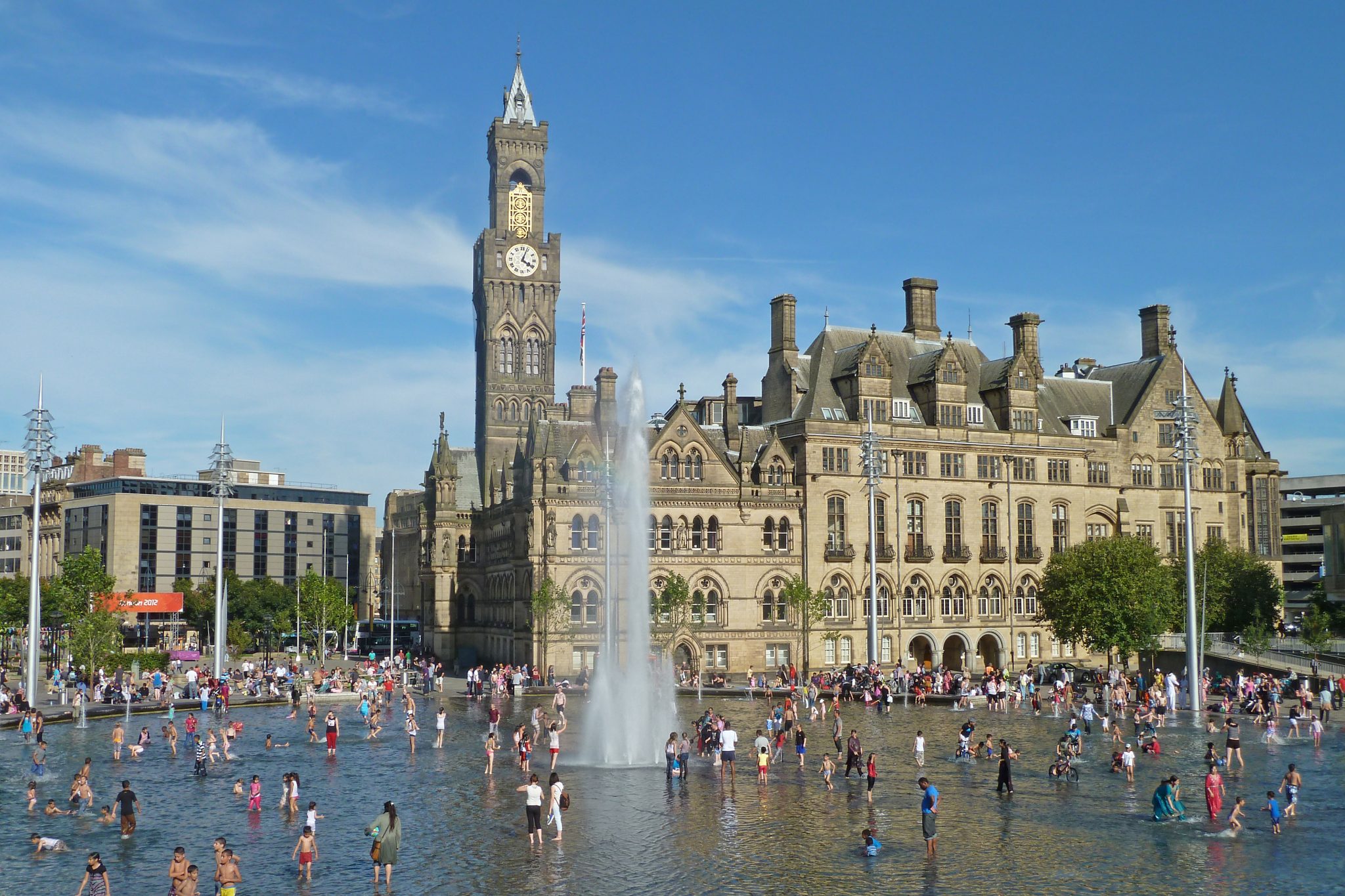 Bradford was once considered to be the wool capital of the world but over the past decade, the city has become famous for its rich film heritage & award-winning restaurants.

Bradford has a well-earned reputation for some of the finest Asian food in the UK and was even given the title ‘Curry Capital of Britain’ for 6 years in a row!

Sadly, crime isn’t restricted and can happen anywhere, at any time, which is why we believe security cameras are the answer, especially in today’s world.

Between May 2018 to April 2019 there were 1,534 reported burglaries & 66 reports of bicycle theft. After looking at the rates of prosecution, we discovered that a total of 6407 crimes were not dealt with due to no suspect being identified!

We want to help with lowering those rates by offering clear footage & proof to households & businesses in the Bradford area.

CCTV For Any Home

We can supply and install CCTV to scale on detached properties where maximum coverage is essential.

Low level bungalows are no problem for our installation team, with expert knowledge of single story footage capturing.

Have a property that doesn't fit a conventional layout or setting? Don't worry, we can provide a complete CCTV solution. 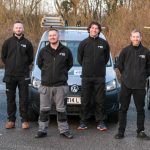 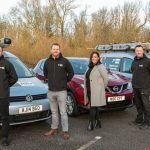 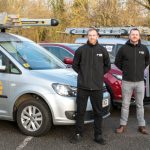 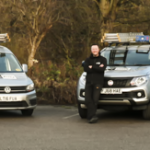 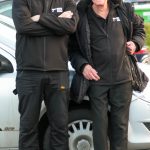 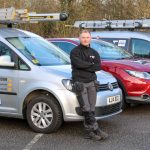 One Of The Biggest CCTV Only Companies in Bradford

Home CCTV Ltd are one of largest dedicated CCTV installation specialists in Bradford, with a team of professional technicians, surveyors and ongoing customer support staff here to help provide you with the perfect camera system for your home.

We pride ourselves on offering unbeatable service and building 5* customer reviews, which is why we offer a complete service, before, during and after your installation.

'a HUGE THANK YOU'

I had my home CCTV fitted yesterday and I just want to say a HUGE THANK YOU....

I feel so much safer now.

And a MASSIVE shout out to Pete who fitted them he was great, he was so careful and considerate inside the house taking shoes off while setting things up on the TV
You don't get that very often!

He also explained things he wasn't rushing to get in and out. Like some work men. He definitely was 100% nice lad.

'So pleased with the service'

So pleased with the service, product & the guys were both polite & professional. Rob went through everything with me once it was installed & set up on phones, iPad, tv & talked me through how to use the system.The quality of the images both through the day & night is fabulous.
Thank you so much, we're really pleased with our cctv....

'Would recommend to anyone'

Had the lads Paul and John round today to install my 4 cameras their like a father and son team, nice job really pleased with the end result would recommend to anyone, even got to meet the Boss cheers lads

We have just had a four camera system installed and we are very impressed with the quality of the gear and the great service provided by Home CCTV services. From start to finish they knew exactly what we wanted and needed and provided it for a reasonable price. We’ve had CCTV in the past and it wasn’t anywhere near as good as this. Really impressed and would definitely recommend

Thanks to all at home cctv services 3 camera system fitted today from start to finish great service absolutely chuffed to bits with the system cannot recommended you guys enough.

'Now that is customer service'

would recomend to any body had my cameras for 2 years had a few issues and they were straight out to fix it free of charge now that is customer service. Thanks again

'Very easy to use'

We had four cameras fitted today and were really happy with the results. Your men were so professional, approachable and also explained everything to ensure we understood the system well (I have to say it’s very easy to use.) the images are clear and the cameras look great. Thanks!

Today I had 3 cameras installed by Rich and Jay....what lovely blokes. Professional, friendly and helpful and powered by Nescafe. To say I am delighted with the system is an understatement!!! I will have no hesitation in recommending yourselves.

The lads were quick efficient and polite they were almost like part of the family, the system they installed is fantastic easy to use and just what you need in today's unfortunate society .....we would highly recommend Home CCTV services they tick all the boxes ......thank you guys

Had our 3 camera's installed today. Fantastic service from first consultation to fitting. Polite, professional and explained everything in detail. Thank you.

At Home CCTV, we pride ourselves on our second to none service, ensuring all customers are 100% happy with their camera systems.

We also provide ongoing support, so you can be sure your system works perfectly.

Take a look at our latest CCTV installation jobs throughout the UK. 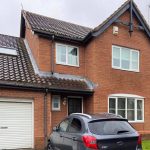 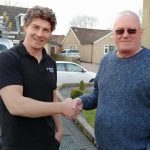 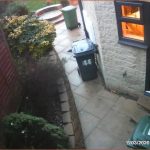 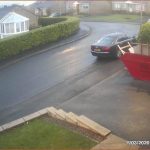 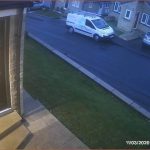 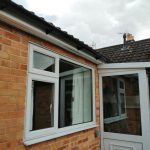 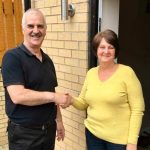 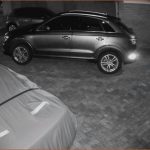 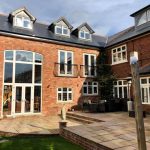